Film is an important part of many people’s lives. GCSE Film Studies is designed to draw on your enthusiasm for film and introduce you to a wide variety of cinematic experiences through films which have been important in the development of film and film technology. On this course you will experience a powerful medium which inspires a range of responses from the emotional to the reflective as you are drawn into characters, their narratives and the issues films raise.

The course suits those with an interest in and enjoyment of film, and a degree of creativity in order to explore the creative possibilities of film and film products. You’ll develop the ability to be critical and investigative in your approach to film and an analytical approach that should seek to discover patterns of similarity and difference, ways in which films represent people, ways in which film technologies shape film productions across a range of films. 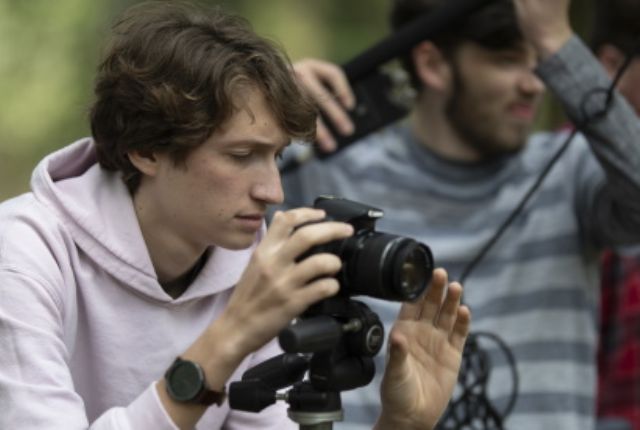 Students are encouraged to explore a range of cinematic texts through screenings in-house and also in central Cambridge, with trips to the Picture House.

The practical side of Film fits incredibly well with our Projects and Enrichment areas of the school. Students are encouraged to develop their own practical skills both inside and outside the classroom in their spare time. Students have entered some exciting film-making competitions and have produced some outstanding work.

An introduction to Film Studies at this level opens up options both academic and vocational. Academically it is an ideal grounding for both A Level Film Studies and other Media-based courses. Vocationally students will find out about many areas of employment within this nationally important area of the economy.

It could be the ‘jumping off point’ for any of the thousands of technical careers in this area, or the inspiration to start building a student’s own portfolio and film-making career.

Studying film is great, it's fun exploring new movies and learning how cinema works - I now want to study Film A-Level next year.