Film Studies A Level engages students with the study of contemporary and historical film, from both an analytical and practical approach, and the in-depth study of film products. Students will be introduced to the contexts and concepts of film making and how they are used to create meaning.

Over the two-year course, you will study 12 films including films from major film movements and production styles from the USA and the UK, as well as European and World Cinema. You will consider your role as spectator in the construction of meaning and examine film as an aesthetic art form, a storytelling medium and how films reflect their social and political contexts

.Film Studies not only enables you to understand how films both make meaning and reflect wider societal values but will also develop your own filmmaking skills and put theory into practise. Topics of study will include Silent Cinema, Film Noir, French New Wave, Surrealism, Ideology, Auteur cinema, US and British Contemporary Film and Documentary. 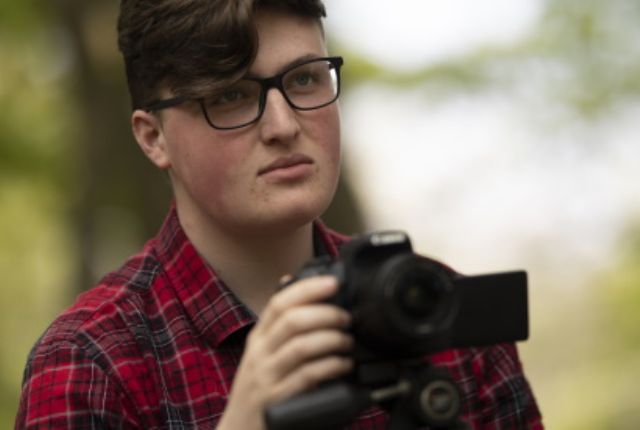 This course is for people who are passionate about cinema. It encourages you to watch, analyse, discuss and write about films from different perspectives. Film Studies is about how we engage with films on a textual level, its form and aesthetics, how it produces meaning and how it articulates our world to us. You will enjoy this course if you love films and are interested in both the analysis and creation of cinema.

You will have the opportunity to participate in our film club, as well as talks, workshops and the Water Sprite film competition. Students also run a film magazine, The Long Lens, which is curated and produced with each student having a specific role in the production.

There is also an opportunity to visit the creative hub of New York during the annual Film, Media and Photography trip where we attend galleries, talks and film screenings.

Gain a different understanding of the film and TV you consume every day, getting more out of how camera angles, movement, sound and lighting create meaning. You will appreciate the two-way influences of film – how society shapes the films we make, and how the films we make help shape society.

You will learn the analytical skills to 'read' films through the language developed by film-makers and how to respond critically and independently to cinema throughout its history. You will also develop your essay-writing skills in academic responses. You will be able to apply critical and literary theory to your understanding of film production, reflect and analyse work that you produce yourself in the context of the industry, and learn industry-standard software and film-making techniques

An A Level in Film Studies is a well-regarded subject which also allows for significant creative and interpretive scope. The combination of theoretical understanding coupled with technical and creative knowledge means that the qualification offers students the chance to develop their own skills grounded in an academic context. As such it fits very well alongside a range of other creative and technical subjects to give you a strong basis for University study. Many students go on to study film, television, journalism or other creative industry related courses.

Alternatively this course provides an excellent qualification for a creative apprenticeship or a successful career in the film industry.

Film has allowed me to meet like-minded people who love cinema and are interested in how and why film works, it has allowed me to explore my creative side and prepared me for studying animation at university, it's a great subject!