In early October a group of our A Level Geography students were lucky enough to spend 4 nights in Iceland exploring their beautiful landscapes, cities and even see the Northern Lights!

Thank you to student Charlie Flower for sharing these amazing photos with us.

Our started at 7:30am, 34 A Level Geography students arrived at college ready to make their way down to Stanstead Airport. We then had a 3-hour flight before we arrived in Iceland, ready for a very full four days of exploration!

Once we arrived in Iceland, we began the exploring almost immediately. We met our tour guide Guy, who led us to the coach. We drove to the ‘Bridge Between Two Continents’, where the students were able to see a fissure between the Eurasian and North American tectonic plates.

After we had explored the fissure, we headed straight away to see hot springs. We learnt a lot about why the area smelt so strongly of egg (sulphur!).

We ended the day by heading back to our hotel, Hotel Ork, where we spent the evening in the geothermal pools or playing snooker in the common room.

We were up at 7am having breakfast on the 11th full of anticipation as we were heading to the Secret Lagoon - one of Iceland’s oldest geothermal pools!

After our swim at the geothermal pool, we hoped onto the coach to do the Golden Circle Tour! Here we saw spectacular geysers, waterfalls and had a very soggy walk through a rifting valley!

Later in the evening, we had another great dinner at the Hotel Ork, and once again spent the evening in the geothermal pool at the hotel!

On the 12th of October we had an early start, as we were heading off to the Lava Centre! We arrived at the Lava Centre at 9am, which is an interactive museum where we were able to experience what an earthquake may feel like!

After the Lava Centre, we had a quick break at a café before we headed on to do the south coast tour. We were able to walk along Reynisfjara, the black sand beach, and walk behind a sea cave waterfall! We were also shocked to see how far a glacier had retreated. The weather cleared later in the day, and we had a fantastic view of Eyjafjallajokull.

The 13th of October was our final full day. We once again woke up early and headed into Reykjavik, the capital city. We firstly visited a planetarium, where we had a panoramic view of the city. Students then had 2 hours to explore the city and have a chance to try local cuisine!

After exploring Reykjavik, we headed to a lava tunnel. We put on our hard hats and head torches, and walked 500m into the tunnel, and experienced total darkness!

Our alarms were set for 2am, so we could be at Keflavik airport for 4am! All very tired, we started the journey home, but were amazed to see the northern lights once again from the coach window!

After a sleepy flight home, and an equally sleepy coach journey, we arrived back at college at 12pm. It truly was a fantastic experience! 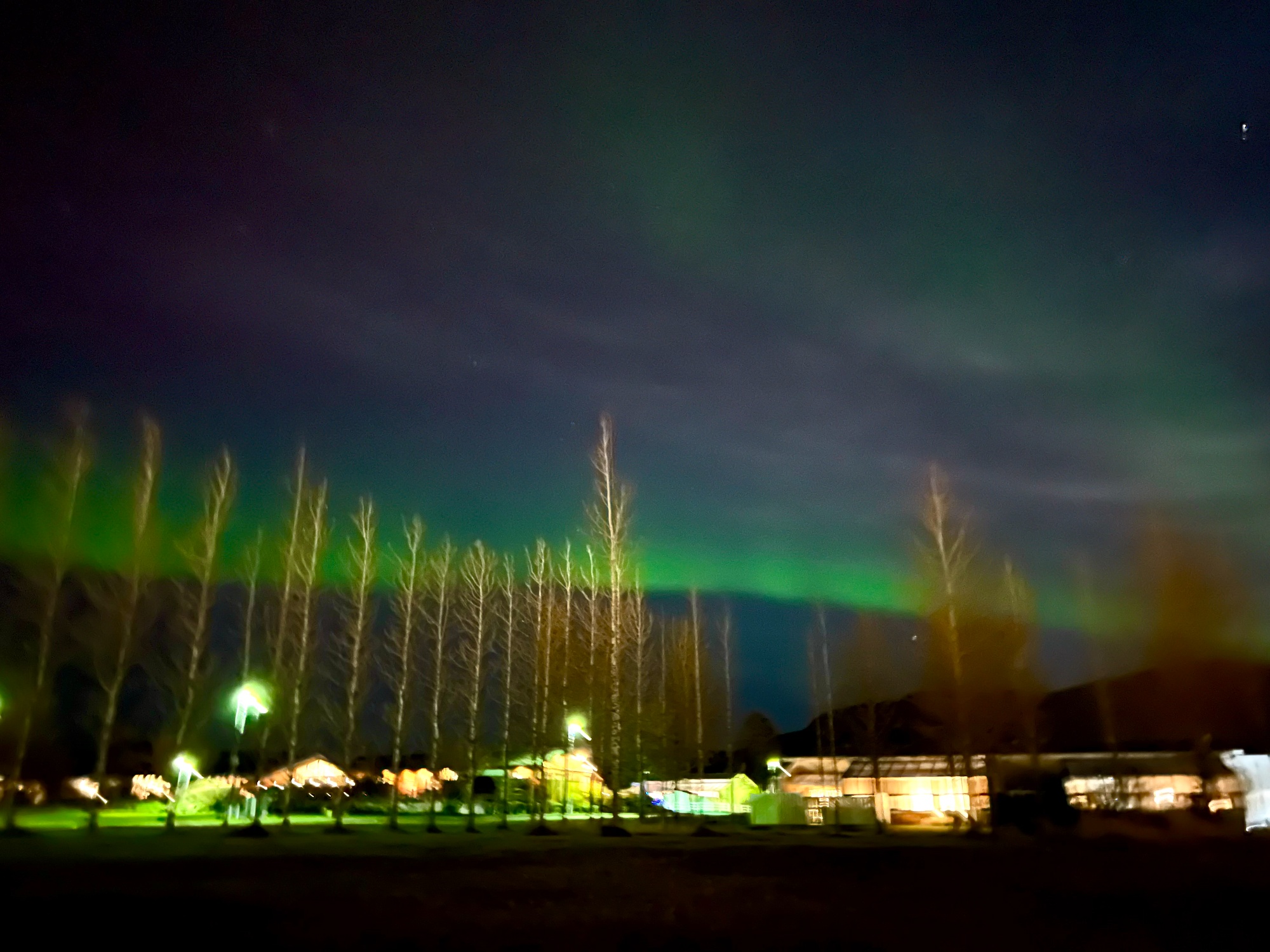 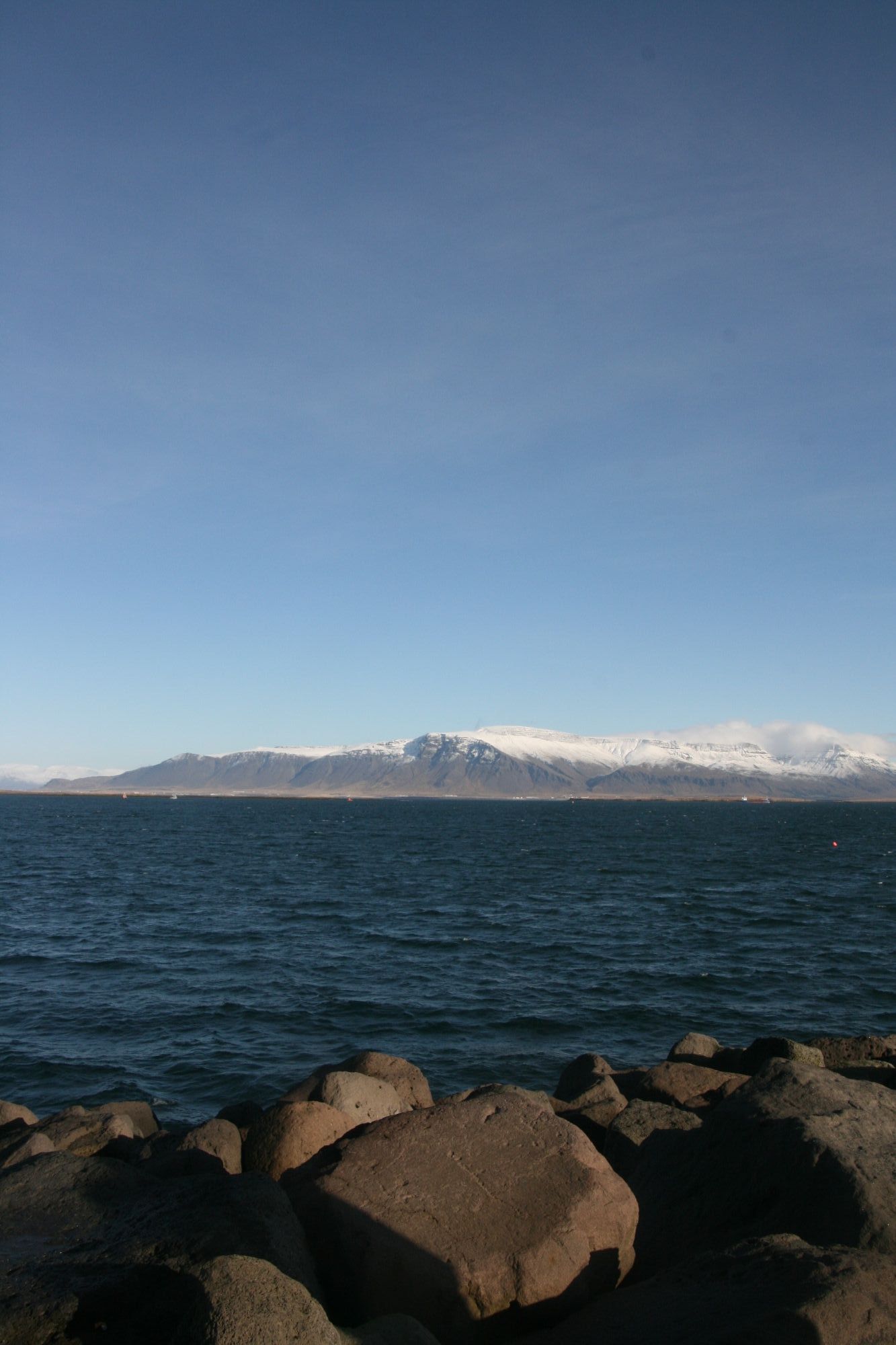 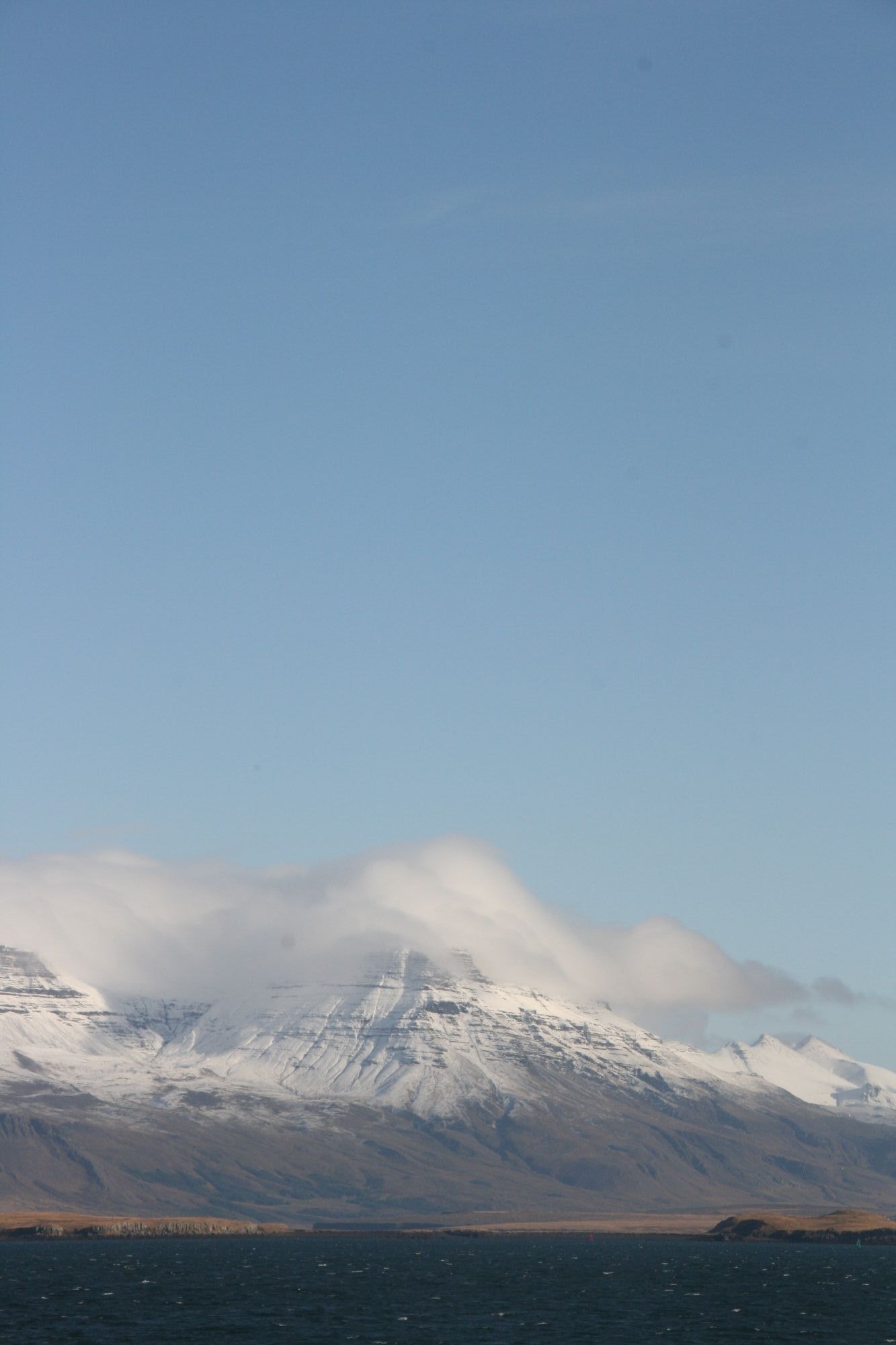 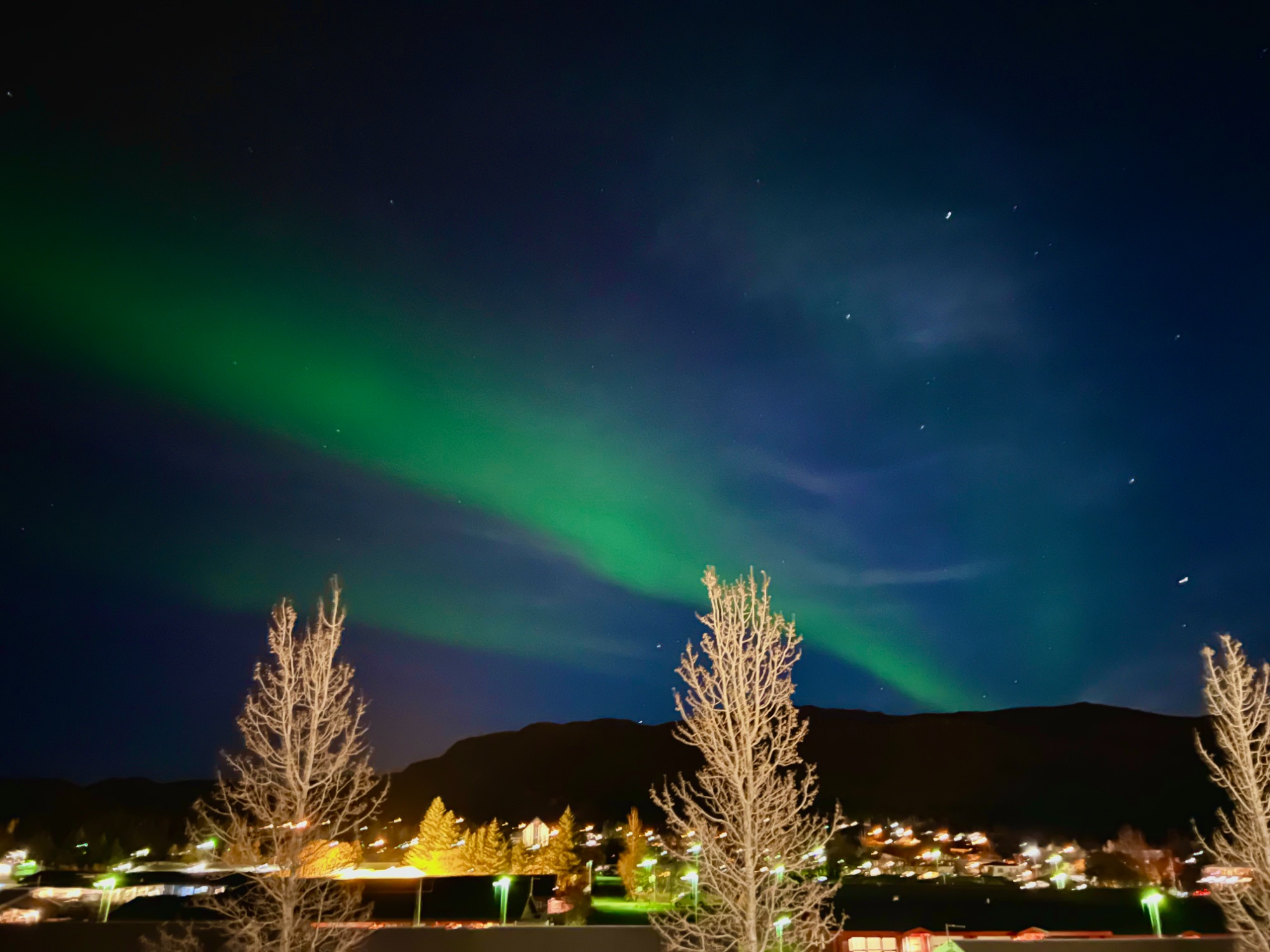 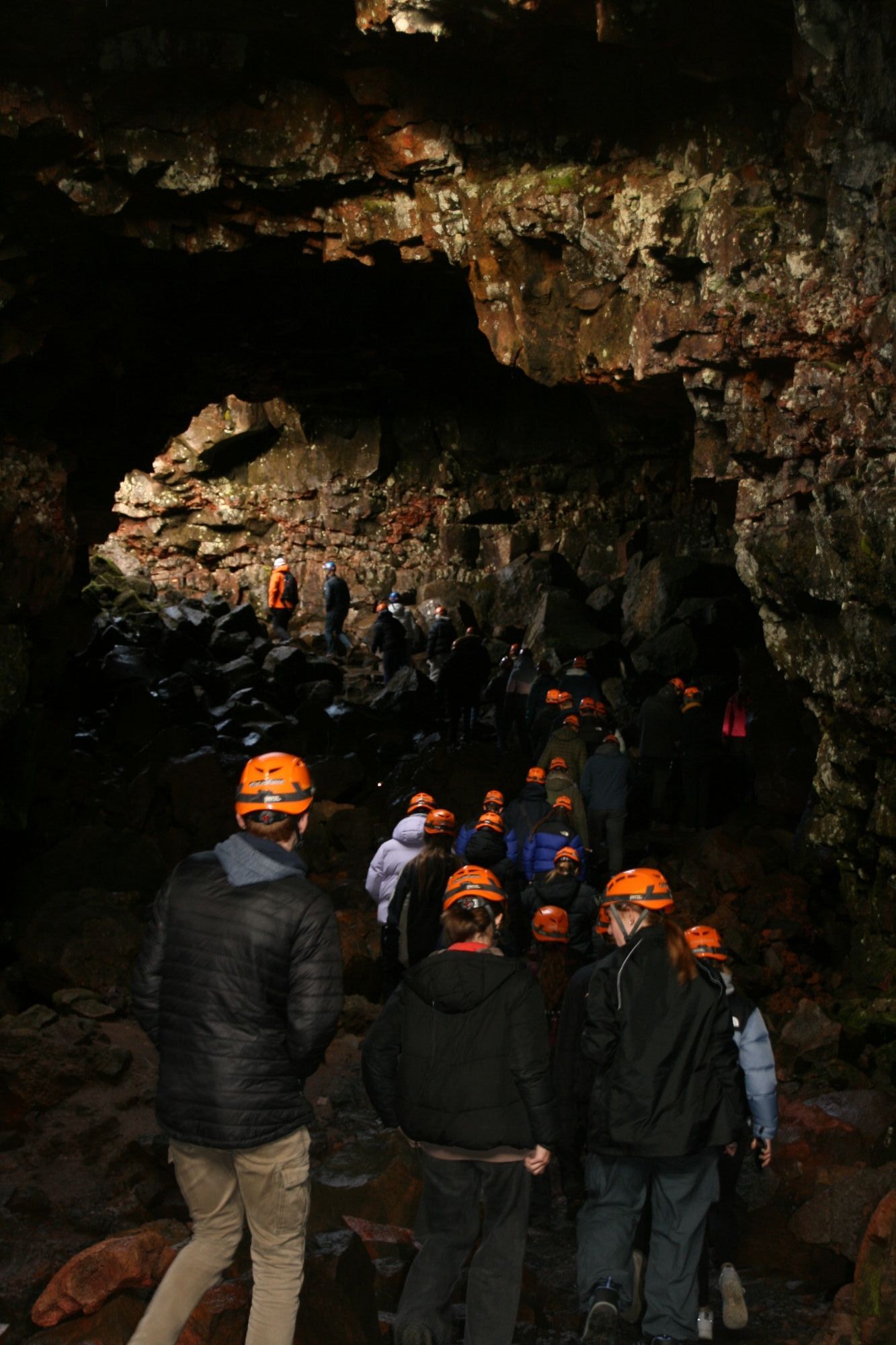 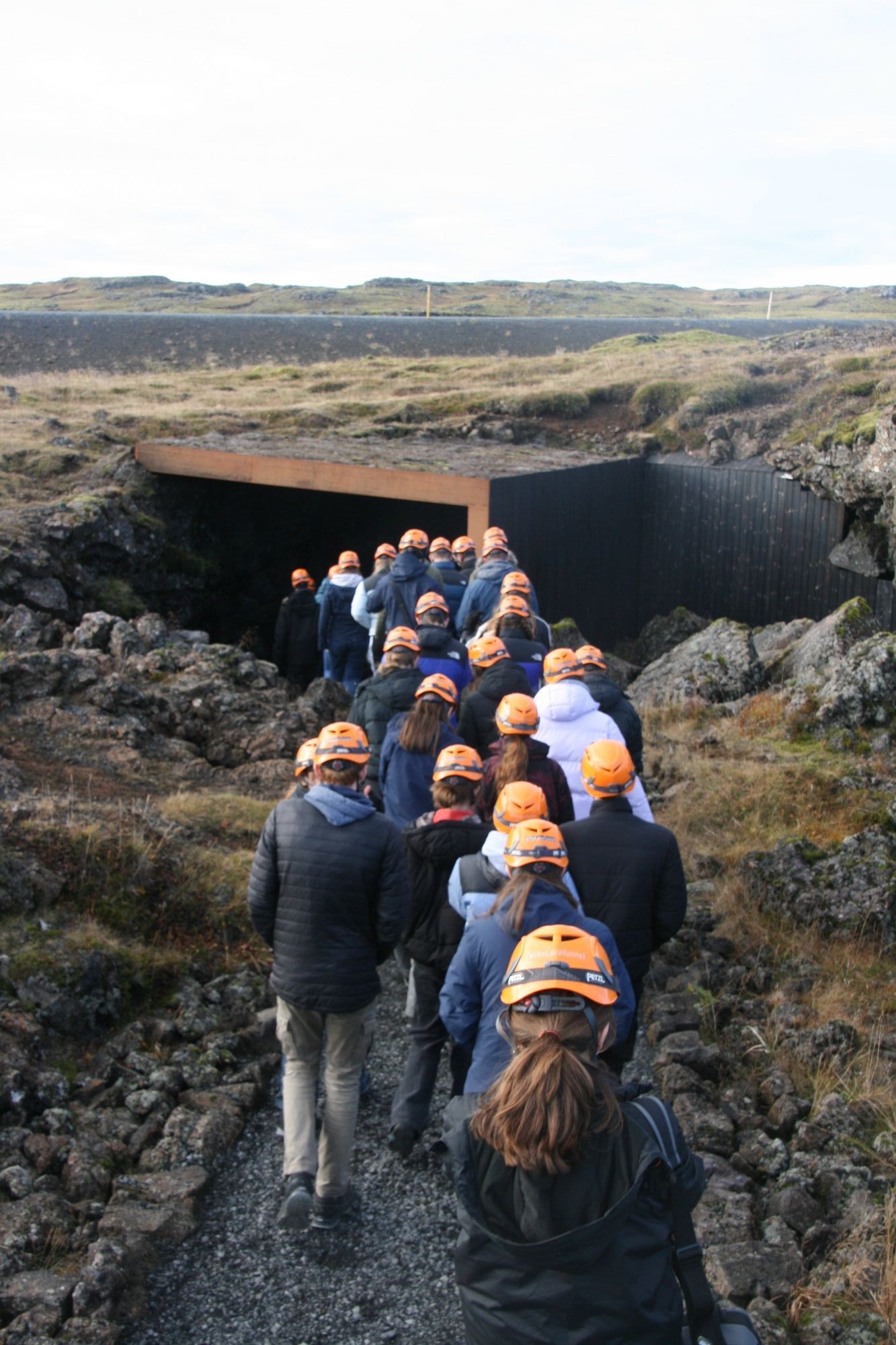