A report highlighting racial injustices currently experienced by young people from minoritised ethnic groups will be launched across the country this October by the social enterprise Leaders Unlocked (www.leaders-unlocked.org).

Now in its second year, the Student Commission has explored racial disparities across four key areas of society; Education, Employment, Health and Policing and Justice, and using the evidence gathered from over 2,500 young people aged 16-25, Commissioners have developed national recommendations for change which will help create a more racially just society. To view the report, click: http://leaders-unlocked.org/publications/

Some of the key messages in the report are:

Education: Young people feel there is a double standard in treatment and negative stereotyping from staff. 9% of respondents from minoritised ethnic groups feel that they can’t be themselves and must act differently in school, college or university because of their ethnicity or race.

Employment: Young people feel that not all career paths are open to them. 47% of respondents from minoritised ethnic groups believe that the types of jobs and industries that are open to them are affected by their ethnicity or race.

Health: News coverage of racially led attacks around the world is affecting young people in England. 26% of respondents felt that in the last 12 months, media coverage of race-related news had negatively impacted their mental health. For respondents from minoritised ethnic groups, this rose to 38%.

Policing and Justice: Young Black and Asian people get searched because their skin colour ‘fits the description’. 57% of respondents from minoritised ethnic groups believe that they are more likely to be targeted by the police because of their ethnicity or race.

Young people’s voices need to be heard, and they must be part of the solution to racial injustice in England. On June 23rd, Commissioners presented their key findings and recommendations to over 60 professionals from education, employment, health and policing and justice. They pledged to support their work and take action.

Racial justice is one of the most important issues of our time. At Long Road, we want to take part in the Student Commission on Racial Justice because it provides a powerful platform for collective thought and action 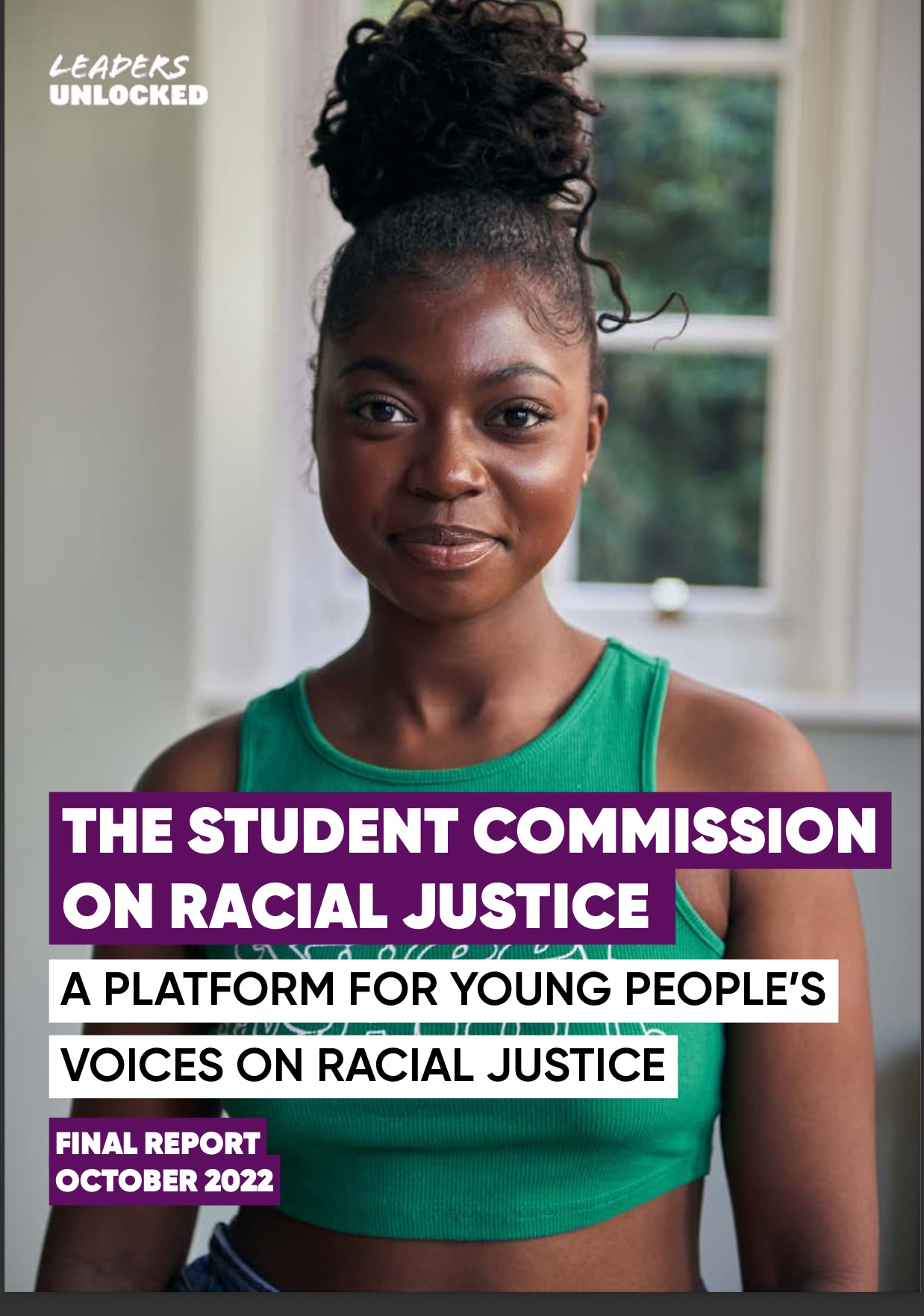