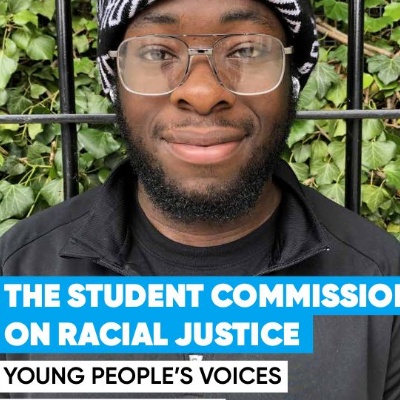 A report highlighting the reality of life for Black, Asian and Minority Ethnic (BAME) young people in England will be launched across the country today by the social enterprise Leaders Unlocked (www.leaders-unlocked.org).

The Student Commission on Racial Justice is a student-led initiative that aims to generate insights and solutions to challenge racial injustice in England. Leaders Unlocked has collaborated with 10 leading colleges from across the country and worked with over 40 of their students on the Commission.

The report has been co-produced by Leaders Unlocked and Commissioners and is based on evidence gathered from over 3000 young people aged 16-25 across England. It features key findings and verbatim quotes from young people about their experiences of racial injustice in education, employment, health, policing and justice. It concludes with national recommendations for change, developed by Commissioners, which will help create a more racially just society. To view the report, click: http://leaders-unlocked.org/publications/ or click here to download.

Some of the key messages in the report are:

Young people’s voices need to be heard and they must be part of the solution to racial injustice in England. On June 17th, Commissioners presented their key findings and recommendations to over 150 professionals from education, employment, health and policing and justice. They pledged to support their work and take action.

Rose Dowling, CEO of Leaders Unlocked said: “We’re really proud of all the Student Commissioners, who have worked tirelessly to investigate their peers’ experiences of racial injustice across the country. It’s important that these findings and recommendations now lead to action. We look forward to working with partners. in education and elsewhere, over the coming years to act upon what the Commission has told us.”

Gill Burbridge, Principal of Leyton Sixth Form College said: “We believe that our students are powerful agents of change and that the Student Commission on Racial Justice will provide them with further opportunities to have their voices heard and acted upon.”

Student Commissioner Atif said: “I got involved in the Student Commission because I wanted to help tackle racial injustice and inequality. Our report as well as our final showcase event have helped us to achieve those goals. The report is vital because it provides ways to challenge injustices that occur and our recommendations if acted upon will help establish racial justice and equality. It’s important to be attentive when reading the report as young people’s own personal experiences have been shared.”

Leaders Unlocked is a social enterprise that works across education, policing, health and justice to help organisations involve the people who matter and shape decision-making for the better. www.leaders-unlocked.org

More about the Student Commission on Racial Justice

Leaders Unlocked has brought together students from ten partnering colleges to form the Student Commission:

N.B: As part of the project Commissioners worked with professionals to create an animation that illustrates the daily microaggressions experienced by BAME young people in England. To view the animation please go to It All Adds Up – The Student Commission on Racial Justice