We were delighted to welcome the Conservative MP for South Cambridgeshire Anthony Browne to speak to the students and staff last Friday.

Anthony started by detailing his life experiences and career prior to his election in 2019 which included working for the Observer, the BBC and Prime Minister Boris Johnson whilst he was the Mayor of London and then went on to explain his role and importance as a backbench MP in the House of Commons, including his recent successes in supporting measures to help curb illegal hare coursing.

Following this, in an often frank set of exchanges, Anthony then answered questions on a range of subjects including his views on the introduction of proportional representation for general elections, future transport plans for the city of Cambridge, human rights abuses in Hong Kong, whether the monarchy should now be abolished and if he supported more funds being provided for the NHS. Perhaps not surprisingly he was also asked to comment on whether he supported curbs on the right to protest being proposed in the new Policing and Crime Bill and if he thought that the PM should resign in light of lockdown parties that took place in Downing Street, a question he turned back to the audience to seek their opinions.

The visit was insightful and really interesting to me. Mr Browne was a great speaker, who gave in-depth answers to students questions and was incredibly honest and forward in this responses

A first year Politics student also observed that “Considering this has been a challenging week for the Government and the Conservative Party, it is surprising that Mr. Anthony Browne MP would speak to us last Friday. During his visit, he shared his career path with us and answered every question we asked in detail which was inspiring. Even though we are not directly participating in parliament, I appreciate that our voices, particularly those of the young, can be heard…, Democracy is at the core of British values, and I can see that from this visit.”

Overall this visit provided an excellent chance for students at the College to listen to and engage with a local member of Parliament at a time when respect for politicians is often on the decline especially amongst younger people and our students made good use of this chance to seek some responses on some crucial local, national and international issues. 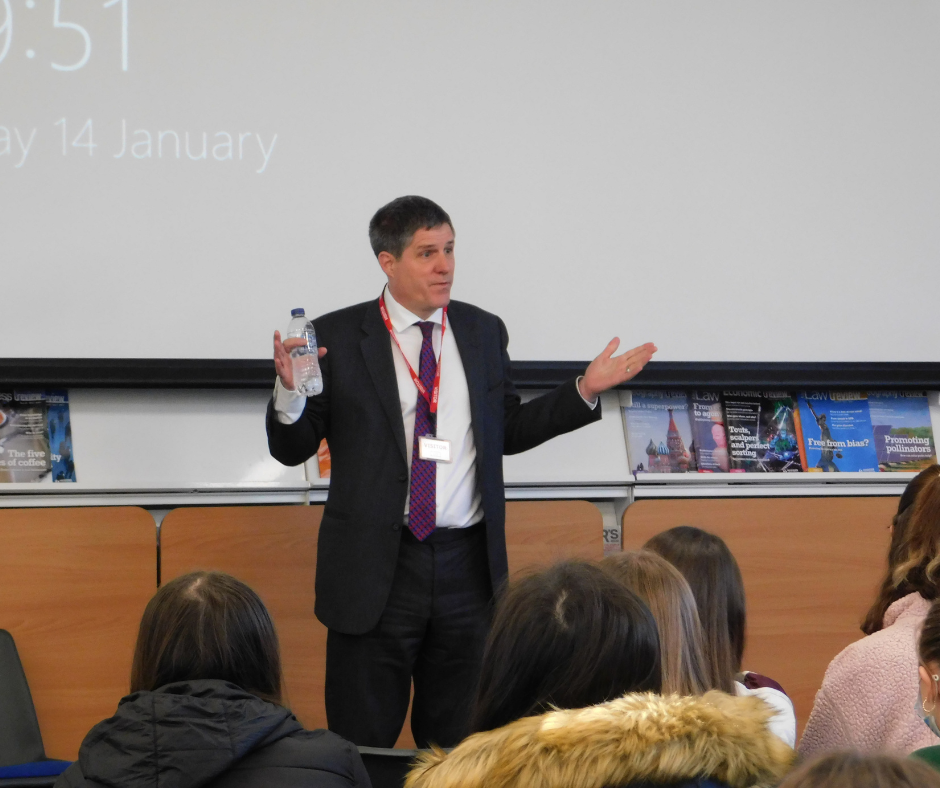